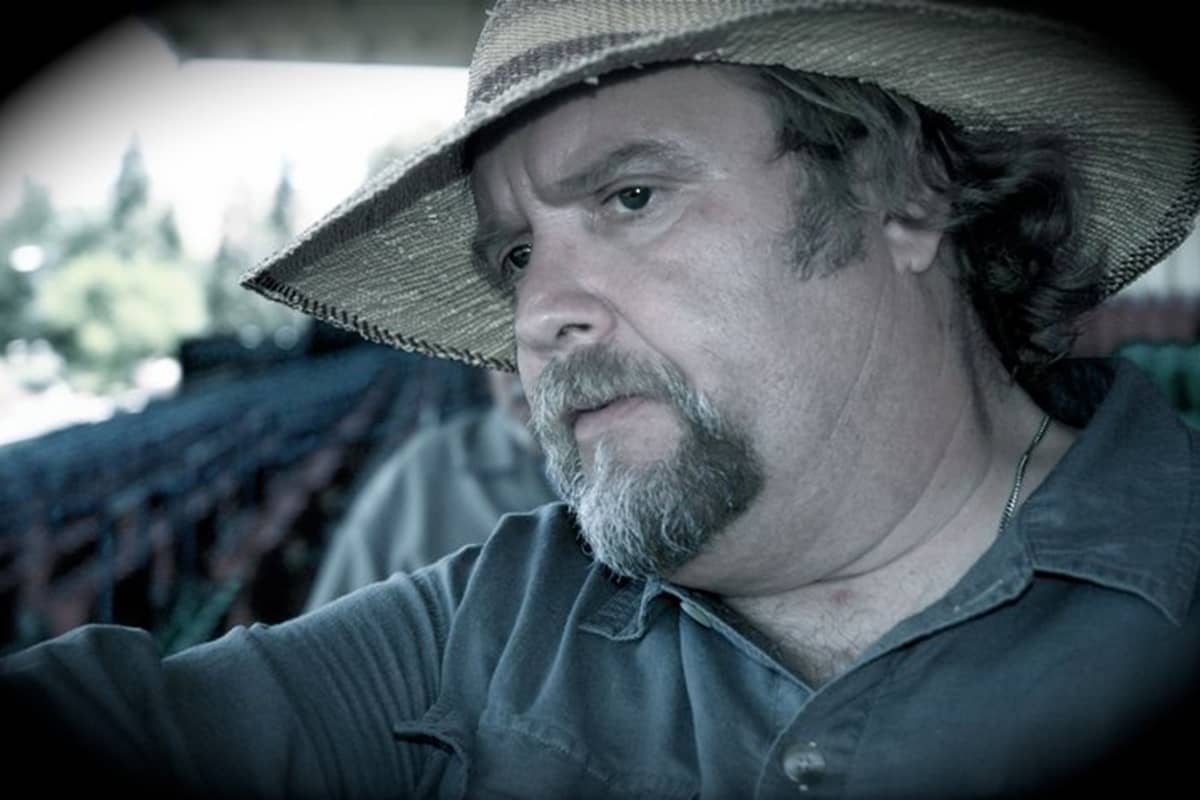 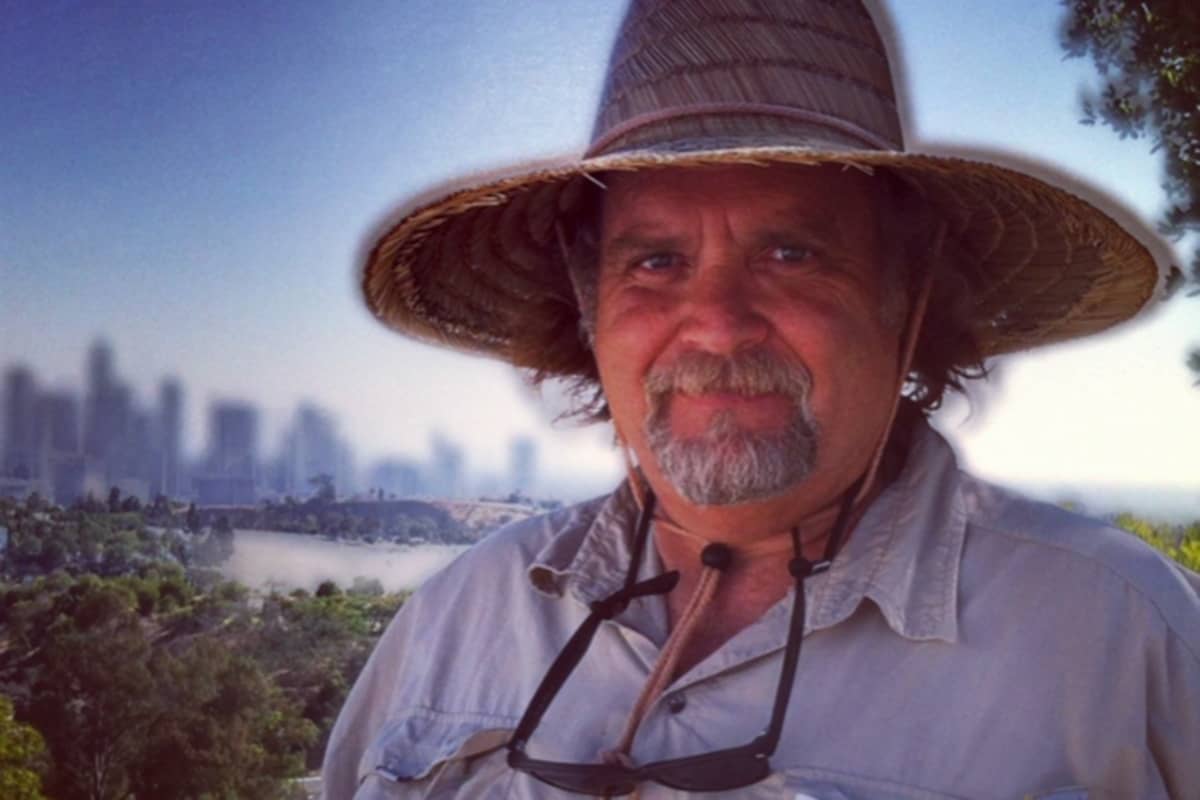 When it comes to household names in the world of Sac filmmakers, Dave Bunge is as widely known as the Sacramento Kings. For almost 40 years, he has served the grip and lighting needs for local and Bay Area crews on countless commercials, music videos and features. Dave is approaching his 35-year mark for Sacramento’s IATSE Local 50 and 30 years since the genesis of his own company, Dave Bunge’s Grip Services. Throughout his successful profession he has cultivated a life that is rich with dedication and gratitude.

Growing up in Vacaville, his parents owned and operated a local gas station. He grew up pumping gas and interacting with many walks of life. In retrospect, this experience taught Dave invaluable skills about reading people and communicating on a professional level. He eventually dubbed this title, “Petroleum Sales” which helped him years later land an important sales-turned-tech job for Sacramento Theatrical Lighting. Though these formative years were spent at his father’s gas station, he knew it wasn’t for him to continue on the family business. But no matter what Dave did, from his childhood Little League games to his lighting performances at his junior college to his very first big show with Chuck Berry, he was fortunate enough to have his parents there, rooting for him the whole way.

It started with Dave’s high school years. Having a lot of high school friends in bands but not playing an instrument himself, Dave still wanted to be a part of the scene. He lent a hand by helping move equipment around. Dave recalls, “the place to see concerts at the time was San Francisco’s historic Winterland Ballroom, put on by Bill Graham.” As he attended concerts, his focus turned to the stage lighting. This inspired him to take helping his bandmates even further. With a friend, Bunge decided to attempt to build a lighting system to create the ambience. This was pre-internet, so the DIY came from sheer creativity and ingenuity. With little money and just a memory image of a Par Can light at Winterland, they got large KFC buckets and spray painted them black, put in flood light bulbs, used clips light sockets, and may or may not have borrowed the highway patrol’s tripods from the “Men At Work” signs (Bunge was clear that this was borrowed). With the guidance and expertise of a high school electronics teacher, they built a lighting board (which he still has to this day) and used this for their friend’s concerts.

Dave’s high school adventures in lighting was a taste of what was to come. But it wasn’t until he attended Solano Community College and took a Stagecraft class that everything clicked. “From the moment I walked into this class, I was home. For once in my life, people were talking about the things that I was interested in.” From there, Dave headed to Chico State, majored in Broadcasting and wrote his own minor in Technical Drama. While attending Chico State one summer, he landed an internship at KOVR in the commercial department, carrying gear and helping with audio and lighting. A lightbulb went off with Dave that what he was learning at this news station was more relevant information than what he was learning in certain classes. This led Dave to go after opportunities in the field that expanded his knowledge in his eventual career path. One example is with Sacramento Theatrical Lighting where Dave learned how to design a show from start to finish, plus stayed up to date with the new lighting gadgets on the market. He also partnered with a couple local film companies throughout the years that led to important networking opportunities and lasting relationships.

With an array of great mentors throughout his life, like Mike Meagher of Cal Image, Dave shares about one in particular. Grant Spotts, who taught him everything one would want to learn about film: lenses, loading 35mm film magazines, film emulsions, to name a few. Grant and Dave drove up and down California, shooting beauty shots of agriculture- a memorable trip for Dave. Even though there are technicalities to film that one needs to abide by, he learned to not be restricted by them and that sometimes, you have to go with your gut. “Film is like when science and art meet. Sometimes the technical solutions can’t achieve what the art is asking for so you have to be able to meet in the middle.”

In his commitment to his craft, Dave studied many of the old masters’ paintings to see how they presented light. When you have a passion for something, you don’t want to stop filling your cup. This translates to his current work ethic. When on a job, he takes great care in learning about the people he’s going to work with. Knowing more about the Director of Photography’s work and lighting style, helps Dave prepare his kit and anything extra he can bring to the table. Understanding these intricacies allow him to feel fully prepared.

When a person has spent a lifetime perfecting their specialty, they become a wealth of information. So when they retire, the pot of gold knowledge usually retires with them. His mantra is to try to teach as many people as he can, much like the mentors and support he had in his life. Someone once told him, “Try to always make room for serendipity.” Dave knows he lives a charmed life and feels blessed. The reason why he feels so lucky is because he has good friends and a good crew that he works with. Without either of these, he feels he couldn’t be where he is today. “You need to know what your crew is capable of to be an efficient leader.” He understands that the other sets of eyes around him can see things he may miss and that ultimately, it’s about a great team of people around him. He attributes his longevity and successful business legacy to Marie Oyler, a Sacramento Producer who is also his business manager. “She has always been the voice of reason and an invaluable sounding board for everything in my life” he gushed. “I owe a debt of gratitude to this special person that I call my best friend.”

Dave Bunge loves his work, the people, locations, the creative diversity of each project, the collaboration of minds. He has been able to learn from each and every person he’s worked with adding another important piece of information and skill to his back pocket. Dave enthusiastically continues his lighting education to this day, attending industry seminars and specialty classes, staying on top of the latest trends, apps, and lighting & grip equipment. He particularly loves to learn and share tips, tricks and techniques on cinematography discussion boards from all over the world. “I guess I’ll retire when it becomes unfun,” he laughs. He still looks forward to going to work every day. And after all these years, Dave Bunge is still having the time of his life.

Dave Bunge and Dave Bunge’s Grip Services can be found on our Crew Database under Electric and Grip, as well as in Support Services under Equipment Rental.